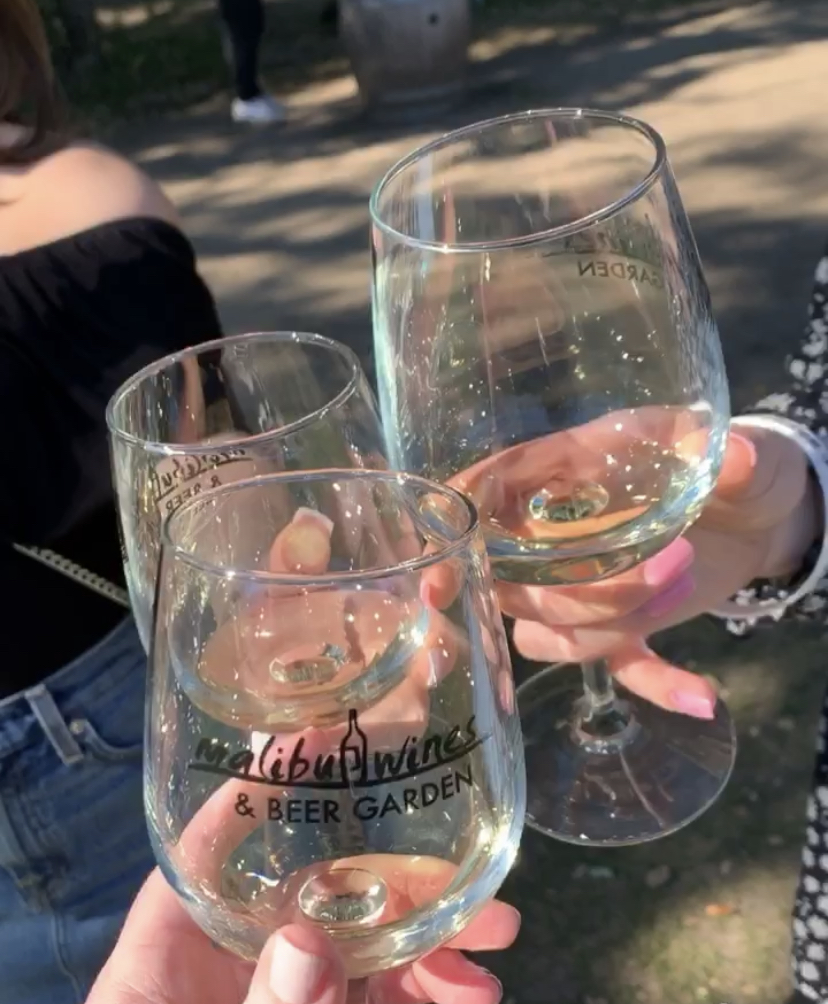 When you find out one of your best friends is taking a domestic secondment to California, how do you not visit them? Especially since it was going to be in the dead of winter here in New York. The plan was to head out there with one of my other best friends, Briana. The three of us together is absolutely dangerous, but it is always an unforgettable time, even when some of the moments are a little spotty.

Josephine, the one going to Cali, was going to be gone for 6 weeks. Ok time to pick a date in that timeframe. You’d think we’d be able to accomplish this part pretty easily being there were only two schedules to deal with. Nope. Nothing is every really that easy with this trio here. January was a busy month for me in my personal life, and a busy month for Briana at work and in her personal life. We finally decided on taking a flight out on January 31, and after we booked it realized we completely forgot to check with Jos (sorry!). Lucky for us, no one else had planned to go that weekend.

Yup, you read that right. Weekend.  The two of us through it would be a great idea to fly out to California from New York on a Friday night, and then take a red-eye home Sunday night. Well let me tell you, it was SO worth it.

Now that we have dates it’s time to plan a fun-filled weekend. There was so much we all wanted to do, it was impossible to get it all in. We planned on going out as soon as we landed, which was going to be around midnight. Saturday we were going on a wine tour/safari. Then we’d maybe go catch a comedy show, grab some dinner, go out to some bars. Sunday, before heading to the airport, we’d probably go to the beach to soak up the sun or maybe even Disneyland! So much to do, so little time.

After a workday full of excitement for the both of us, Briana met me at Jamaica Station and we were off to JFK airport. We started our mini vacation off the only way we know how: with a bottle of wine and a cheese board.

To be honest, I don’t remember the flight at all. No, it’s not what you think! It wasn’t because of the wine, but I was just exhausted. I couldn’t tell you if I slept on the plane or if watched a movie.  I feel like I might have watched A Star is Born, but who knows. Anyway, we landed earlier than expected, and like the amazing friend she is, Jos picked us up at LAX. We went back to her condo to drop our bags and get ready. We popped open another bottle of wine, and Jos put out some delicious snacks. At that point, we decided we weren’t going to go out, and we’d just hang out and rest up for our wine safari in the morning.

Saturday morning, rise and shine! We had about an hour drive to Malibu before getting to the wine safari, so we were up earlier than any of us would have liked to be. All morning we listened to Miley Cyrus’ Malibu while getting ready; how could we not?  We arrived at Malibu Wine Safari just in time for the tour to start, maybe even a little earlier than we needed to, which if you know us is a huge accomplishment because we are late to absolutely everything. We boarded the Zebra style painted truck, and set off for a morning full of wine and animals! If you are ever in the Malibu area, this is a MUST DO. It was such a unique way to enjoy California’s beautiful landscape, weather, and wine. Afterwards, we spend the rest of the day exploring Malibu, and literally chasing the sunset that night.

Saturday night it was our original plan to go to the comedy show at The Comedy Store in LA. Unfortunately, I waited a little too long to buy us tickets, and it was sold out when I went to order tickets. Womp. You can imagine how disappointed I was when I found out one of my favorite comedians, Tom Segura, was going to be there that night. Bigger womp.

Sunday morning arrives. We have no real plans, so what to do? We figured Disneyland might be too much since we had a flight to catch that night, so we decided to go to Huntington Beach to do some yoga in the sand. Per usual, the three of us were running late, and on top of that there was some sort of marathon happening in Huntington Beach that morning, so a bunch of roads were closed. We were too late to feel comfortable joining the class at that point, so Briana pulled out her phone, and we followed along a yoga video on our own – a perfect example of improvising in my opinion. After yoga, we made our way to brunch, and got bottomless mimosas at this delicious restaurant called 2nd Floor, which eventually led us just spending the rest of the day in Huntington Beach. The entire time we were talking about how we were going to pack up our lives back home and move there. I think we even looked up apartments? We spent the entire day laughing, drinking,  eating some tacos, having the best time we possibly could together, and just enjoying life in that moment.

Josephine being the amazing friend that she is, got us to the airport on time for our red-eye flight. Another flight I do not remember at all. This time, it probably was because of the wine rather than exhaustion. We landed in New York at maybe 5ish AM, went back to Briana’s to sleep for maybe 30 minutes, and headed off to work. I tried to lay low all day, and thankfully, I had a meeting that would be a few hours long, so I wouldn’t have to do any real thinking for a bit.

I’ve never felt that kind of exhausted before, but spending the weekend with two of my best friends in one of my favorite places in the world was 100% worth it. Even if almost all of our trip didn’t go according to our original plans, I wouldn’t change a thing. I’m so, so glad I ignored everyone who told me I was crazy for going all the way to California over one short weekend. I can’t stress how important it is to take advantage of any time you can to travel.

To wrap this up, all I have to say is, a weekend is longer than you think, and you’ll never regret it. Cheers to mini adventures with close friends and exploring a little more of the world!

One Reply to “Quick Weekends!”